“Glory” has two primary meanings. One is the physical aspect – brightness, beauty, shining etc and is common to both models. The other, more related to character and also common to both, has a different emphasis between models as described below.

Traditional Legal Model – the emphasis is often on God’s majesty, holiness, honor, fame and power. It could be thought of as “look at how great I am.”

Biblical Healing Model – God’s glory is mainly the attributes of His character that are more other-centered: His love, goodness, forgiveness, respect for the freedom of others; even His humbleness.

1. Brightness; luster; splendor.
The moon, serene in glory mounts the sky.
For he received from God the Father honor and glory when there came such a voice to him from the excellent glory  2 Peter 1:17.
In this passage of Peter, the latter word glory refers to the visible splendor or bright cloud that overshadowed Christ at his transfiguration. The former word glory though the same in the original, is to be understood in a figurative sense.
5. Honor; praise; fame; renown; celebrity. The hero pants for glory in the field. It was the glory of Howard to relieve the wretched.
(http://webstersdictionary1828.com/Dictionary/glory)

The modern dictionary cited here puts less emphasis on the visible than the Webster’s 1828 dictionary.

Glory (from the Latin gloria, “fame, renown”) is used to describe the manifestation of God’s presence as perceived by humans according to the Abrahamic religions.”
(https://en.wikipedia.org/wiki/Glory_(religion))

Here is perhaps the best definition of glory, coming from God Himself. Moses, a friend of God (Exo 33:11) asked to see God’s glory:

God’s goodness would, of course, be the good aspects of His character (there are no bad ones). And He said He would proclaim His name which is commonly associated with character. From the verse above we could make this equivalence:

The Septuagint uses “glory” for goodness in Exodus 33:19. That glory equates to goodness and character is confirmed by this verse:

“And it shall come to pass, while my glory passeth by, that I will put thee in a clift of the rock, and will cover thee with my hand while I pass by:” (Exo 33:22)

“And the LORD passed by before him, and proclaimed, The LORD, The LORD God, merciful and gracious, longsuffering, and abundant in goodness and truth, 7 Keeping mercy for thousands, forgiving iniquity and transgression and sin, and that will by no means clear the guilty; visiting the iniquity of the fathers upon the children, and upon the children’s children, unto the third and to the fourth generation.” (Exo 34:6-7)

There are a number of verses that talk of giving glory to God or glorifying Him. Jesus healed ten lepers and sent them to show themselves to the priests.

“And one of them, when he saw that he was healed, turned back, and with a loud voice glorified God, And fell down on his face at his feet, giving him thanks: and he was a Samaritan. And Jesus answering said, Were there not ten cleansed? but where are the nine? There are not found that returned to give glory to God, save this stranger.” (Luke 17:15-18)

How did the leper give glory to God?

Does “give glory to Him” mean to give God some extra physical brilliance or does it mean to credit Him with and acknowledge goodness and mercy, His good character?

There is another way in which God’s people can give Him glory:

How can we glorify God in that way? Those who trust God and take His good health advice will experience better health thereby showing the goodness of God in providing that counsel, for example the list of clean and unclean foods in Leviticus 11.

Some Bible Uses of Glory

“Declare his glory among the heathen, his wonders among all people.” (Psa 96:3)

What is the connection between the two parts of that verse?

The parallel structure indicates that to “declare His glory” is to make His deeds known. So part of His glory is deeds including how He treats people.

“But if our gospel be hid, it is hid to them that are lost: In whom the god of this world hath blinded the minds of them which believe not, lest the light of the glorious gospel of Christ, who is the image of God, should shine unto them.” (2 Cor 4:3-4)

“The glorious gospel” is the wonderful good news of the salvation that God has provided through His Son.

“Who [His Son] being the brightness of his glory, and the express image of his person, and upholding all things by the word of his power, when he had by himself purged our sins, sat down on the right hand of the Majesty on high;” (Heb 1:3)

Here is the verse above from a paraphrased version:

“Jesus Christ is the radiant glory of God’s methods and principles lived out in human flesh. He is the exact manifestation of God’s character–the complete revelation of his being — sustaining all things by his powerful word. After he provided the Remedy necessary to heal mankind from the infection of sin and selfishness, he took his seat at the right hand of the Majesty in heaven,” (Heb 1:3, The Remedy New Testament)

The manifestation of God’s glory in Jesus’ life was not primarily outward:

“For he [“the arm of the LORD” = the Messiah] shall grow up before him as a tender plant, and as a root out of a dry ground: he hath no form nor comeliness; and when we shall see him, there isno beauty that we should desire him.” (Isa 53:2)

Form or comeliness refers to physical attributes. The Savior did not attract attention because of outward good looks but because of His inward beauty of character. That was also seen in His actions as He demonstrated such traits as grace and truth:

“And the Word was made flesh, and dwelt among us, (and we beheld his glory, the glory as of the only begotten of the Father,) full of grace and truth.” (John 1:14)

Does “short of the glory” mean we not shining brightly enough? Or does that mean something else?

There are definitely verses that speak of glory as shining light:

“The sun shall be no more thy light by day; neither for brightness shall the moon give light unto thee: but the LORD shall be unto thee an everlasting light, and thy God thy glory.” (Isa 60:19)

“And the city had no need of the sun, neither of the moon, to shine in it: for the glory of God did lighten it, and the Lamb is the light thereof.” (Rev 21:23)

“And it came to pass, when Moses came down from mount Sinai with the two tables of testimony in Moses’ hand, when he came down from the mount, that Moses wist not that the skin of his face shone while he talked with him.  And when Aaron and all the children of Israel saw Moses, behold, the skin of his face shone; and they were afraid to come nigh him.” (Exo 34:29-30)

When God Comes Near

As we become more aware of God’s presence and the glory of His character there is a reaction in man.

“Therefore I was left alone, and saw this great vision, and there remained no strength in me: for my comeliness was turned in me into corruption, and I retained no strength.” (Dan 10:8)

Daniel realized his own glory was as nothing in comparison to God’s. Note that Daniel has no sins recorded against him.

The prophet Isaiah had a similar experience:

“In the year that king Uzziah died I saw also the Lord sitting upon a throne, high and lifted up, and his train filled the temple. Above it stood the seraphims: each one had six wings; with twain he covered his face, and with twain he covered his feet, and with twain he did fly. And one cried unto another, and said, Holy, holy, holy, is the LORD of hosts: the whole earth is full of his glory. And the posts of the door moved at the voice of him that cried, and the house was filled with smoke. Then said I, Woe is me! for I am undone; because I am a man of unclean lips, and I dwell in the midst of a people of unclean lips: for mine eyes have seen the King, the LORD of hosts.” (Isa 6:1-5)

Also, Gideon felt similarly from an appearance of “an angel of the LORD”:

Surprising because this is written by John the Revelator, the disciple whom Jesus loved, describing his reaction when seeing his friend Jesus. It shows, because of the vast difference between man’s glory and God’s glory, the great effect on man’s senses. 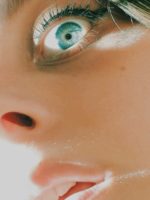 “And then shall they see the Son of man coming in the clouds with great power and glory.” (Mark 13:26)

“Behold, he cometh with clouds; and every eye shall see him, and they also which pierced him: and all kindreds of the earth shall wail because of him. Even so, Amen.” (Rev 1:7) 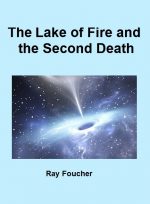 An awareness of their sinfulness in the presence of total selflessness is what destroys the unrepentant in the “lake of fire” experience. This is described in my e-book The Lake of Fire and the Second Death.