Traditional Legal Model – Mark as in “the mark of the beast” is often connected with Sunday worship. Sometimes (incorrectly) it is seen as an outward symbol on the forehead.

Dictionaries do not define “mark” as used in the phrase “mark of the beast.”

Here is the definition for the original Greek word for “mark,” (“charagma”) and two related words from https://www.messie2vie.fr/bible/strongs:

5481 charakter χαρακτήρ (from the same as G5482) – a graver (the tool or the person), i.e., (by implication) engraving (“character”), the figure stamped, i.e., an exact copy or (figuratively) representation)

5482 charax χάραξ – a stake, i.e., (by implication) a palisade or rampart (military mound for circumvallation in a siege)

“Who being the brightness of his glory, and the express image (G5481) of his person, and upholding all things by the word of his power, when he had by himself purged our sins, sat down on the right hand of the Majesty on high;” (Heb 1:3)

Dictionary.com states that the origin of the English word “character” is the Greek word charakter:

So it seems legitimate to say the Son has the same character as His Father and there are many other verses supporting that. Now look at this verse:

“And the first went, and poured out his vial upon the earth; and there fell a noisome and grievous sore upon the men which had the mark of the beast, and upon them which worshipped his (the beast’s) image (eikon).” (Rev 16:2)

If “eikon” can mean character as suggested above, could worship of the image of the beast be equivalent to worshipping (putting value on) his character?

Summarizing the material above:

The Effect of Worship

Let’s consider the last point in the list above more closely. Could worshipping the image of the beast include have the meaning of putting value or worth on the character of the beast? What is it that we worship about God? What does worship mean?

We worship someone/something that we consider to be worthy or of value. And we tend to become like that which we value:

“But we all, with open face beholding as in a glass the glory of the Lord, are changed into the same image from glory to glory, even as by the Spirit of the Lord.” (2 Cor 3:18)

That is often referred to as “the beholding principle” which is well-documented. That this effect will be a factor for God’s people is shown by this verse:

“Beloved, now are we the sons of God, and it doth not yet appear what we shall be: but we know that, when he shall appear, we shall be like him; for we shall see him as he is.” (1 John 3:2)

And this advice is given (for good reason): 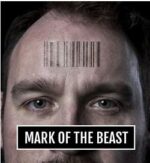 So, while many understand the mark of the beast to be connected with Sunday worship in contrast to the Biblical Sabbath, it seems there also may be a connection to character. To worship the beast is to put value on and become like his character. Worship of God, on the other hand, will make one more like Him.