Fear: the definition has two major meanings within the Biblical context. Both gospel models share the meaning of to be in awe of or have reverence for God. The difference in understanding of the other major meaning – to be afraid – is given below:

Traditional Legal Model – If you sin, you are in danger of God’s judgment, condemnation and, ultimately, His punishment if that sin is not paid for. You had better be afraid and that fear is, in fact, a motivator for repentance.

Biblical Healing Model – Sin always has negative consequences (Rom 6:23, James 1:15) from which God is always trying to protect us. Even the sinner need not be afraid of God but, rather, needs to fear the sin. Sin is sin because of the hurt it can cause to the sinner not because God arbitrarily decided that certain actions should  be classed as sinful.

This glossary introduces a third fear definition which could fit within either model.

1. a distressing emotion aroused by impending danger, evil, pain, etc., whether the threat is real or imagined; the feeling or condition of being afraid.
4. reverential awe, especially toward God: the fear of God.

1. A painful emotion or passion excited by an expectation of evil, or the apprehension of impending danger. …
6.In scripture, fear is used to express a filial or a slavish passion. In good men, the fear of God is a holy awe or reverence of God and his laws, which springs from a just view and real love of the divine character, leading the subjects of it to hate and shun every thing that can offend such a holy being, and inclining them to aim at perfect obedience. This is filial fear

Slavish fear is the effect or consequence of guilt; it is the painful apprehension of merited punishment. Romans 8:15.

1. To feel a painful apprehension of some impending evil; to be afraid of; to consider or expect with emotions of alarm or solicitude.
2. To reverence; to have a reverential awe; to venerate.
(http://webstersdictionary1828.com/Dictionary/fear, accessed Feb. 19, 2019)

To distinguish between different definitions of “fear,” here is a good verse to start with:

“And Moses said unto the people, Fear not: for God is come to prove you, and that his fear may be before your faces, that ye sin not.” (Exo 20:20)

1. God was saying to the people “do not fear;” do not be afraid of the physical manifestations happening in front of you which were so fearful the people thought they might die.
2. God was also saying “do fear;” that they should be in awe or respectful of Him as a means of restraint from sinning.

He can’t be saying through Moses “do not fear and do fear” unless the context indicates a different meaning. This points out that the meaning of uses of “fear” very much need to be determined from the context.

The word fear, as the Bible uses it, has at least two basic meanings. One is fear as it is most commonly understood today – to be afraid of; to be in expectation of possible harm or loss. The second is to reverence, hold in awe or admiration. This becomes obvious as more verses are looked at. I would like to suggest a third fear definition (which I will explain) of paying or giving attention to someone or something.

Fear Definition One – to be afraid of 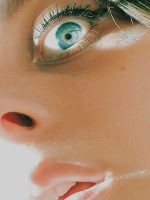 Fear does not come from God; He does not want us to be in fear. These verses support the “being afraid” definition of “fear” but show that that is not God’s purpose:

The Spirit of God is in opposition to His children having bondage to fear:

“For ye have not received the spirit of bondage again to fear; but ye have received the Spirit of adoption, whereby we cry, Abba, Father.” (Rom 8:15)

The more our love of God is perfected the less fear we will have:

“There is no fear in love; but perfect love casteth out fear: because fear hath torment. He that feareth is not made perfect in love.” (1 John 4:18)

“That he would grant unto us, that we being delivered out of the hand of our enemies might serve him without fear,” (Luke 1:74)

Most people would understand the verses above to mean that if we are obedient, we do not need to fear God because He has forgiven us our debt to Him. However, …

Even Sinners Need Not Be Afraid of God

Even the Webster’s definition above speaks of “merited punishment.” The misunderstanding is that God punishes sin directly and personally. This is understood to be what sinners deserve to receive from God because of His justice (which is also misunderstood). The view is that you should be afraid of God’s judgment, condemnation and, ultimately, His punishment if you sin.

However, a God of infinite love and Whose “mercy endureth for ever” (1 Chron 16:34 and 40 other occurrences) does not “punish” sin. He does not have to. The punishment comes from the sin and its consequences directly.

God endeavors to protect everyone from Satan the destroyer but He does not impose His protection or even His presence where it is not desired and when people chose to go their sinful way He will leave them to the results of their choices – which the Bible defines as God’s wrath.

Fear Definition Two – to hold in awe or reverence

While there are no reasons to be afraid of God there are plenty of reasons to fear Him as in being in awe of Him. Just last month (Feb. 2019) astronomers announced the discovery of 300,000 previously-unknown galaxies using a new radio telescope. The universe is so vast and He spoke (One voice; uni-verse) it all into existence.

“The angel of the Lord encamps all around those who fear Him, and delivers them.” (Psalm 34:7)

“And it shall be to me a name of joy, a praise and an honour before all the nations of the earth, which shall hear all the good that I do unto them: and they shall fear and tremble for all the goodness and for all the prosperity that I procure unto it.” (Jer 33:9)

“Fear and tremble” for goodness? Perhaps “tremble” is another word that we need to investigate.

“Wherefore we receiving a kingdom which cannot be moved, let us have grace, whereby we may serve God acceptably with reverence and godly fear:” (Heb 12:28)

Notice how the verse in Hebrews links godly fear with reverence.

While His creative works are indeed awe-inspiring, there are other reasons to hold Him in great awe; reasons related to His character.

“But there is forgiveness with thee, that thou mayest be feared.” (Psa 130:4)

If you haven’t yet, check out the meaning of forgiveness. The Bible teaches that God always forgives every sin.

There are uses in the Bible of “fear” with the sense of “to pay attention to.” Possibly the most significant one is in the description of the seven trumpets of Revelation. The use of fear in the context of this verse is very interesting:

“Saying with a loud voice, Fear God and give glory to him for the hour of his judgment is come and worship him that made heaven, and earth, and the sea, and the fountains of waters.” (Rev 14:7)

This use of “fear” could fit either of the first two meanings depending on a person’s perspective. During the events of the trumpets, most people will be greatly afraid of God as they see the destructive events associated with those trumpets and believe He is causing them.  They will tend to run from God as they perceive Him to be acting in the role of destroyer.

However, others, knowing that God is not like that, will tend to be in awe of and have great reverence for God as they understand what is really happening and God’s relation to the events.

But the verse does not clearly say to be in awe of God, nor does it clearly say to be afraid of Him. It simply uses the one term – “fear God” as though it could apply to either group and match either definition of the word. It is as though the verse is simply saying “pay attention to God; make up your mind about Him.” See an interesting discussion of this verse and its connection to the seven trumpets – Seven Trumpets – destruction from God?

Other examples of fear definition three can be seen in verses that use “hear” and “fear” together.

If God is delivering us from all our fears He can’t, at the same time, be asking us to fear Him – unless the fear of Him is a totally different form of fear.

Peter wrote “fear God” (1 Pet 2:17). John was either speaking of a different understanding of fear or was contradicting Peter when he wrote:

“There is no fear in love; but perfect love casteth out fear: because fear hath torment. He that feareth is not made perfect in love.” (1 John 4:18)

Here is a verse seeming to say that Jesus feared:

“Who in the days of his flesh, when he had offered up prayers and supplications with strong crying and tears unto him that was able to save him from death, and was heard in that he feared;” (Heb 5:7)

It does not make sense that this was the be-afraid-of type of fear. Jesus was not afraid of His Father. The one other translation of the original word used in that verse is as “godly fear.”

“Then Satan answered the LORD, and said, Doth Job fear God for nought? Hast not thou made an hedge about him, and about his house, and about all that he hath on every side? thou hast blessed the work of his hands, and his substance is increased in the land.” (Job 1:9-10)

Fear, in that use, cannot mean to be afraid of. Job was not afraid of someone who was protecting and blessing him. Job obviously recognized that he had been blessed by God – “The Lord gave.” (Job 1:21)

Fear is linked to wisdom:

Fear of the right kind is good for your longevity:

It is well-understood that fear will cause stress and stress tends to shorten life.

“Let us hear the conclusion of the whole matter: Fear God, and keep his commandments: for this is the whole duty of man.” (Eccl 12:13)

Even the church has encouraged the understanding that people need to be afraid of God (it has been a good means of control). However, God uses only love to induce us to love and obey Him. God calls us to give heed to Him and to obey Him so that it may be well with us (Deut 5:29). That is the only “fear” He wants us to experience.