Note: this definition focuses on the vengeance of God towards sinners.

Biblical Healing Model – God allowing the sinner to experience the natural consequences of his choice to break the law in order to help him change his ways.

1. infliction of injury, harm, humiliation, or the like, on a person by another who has been harmed by that person; violent revenge: But have you the right to vengeance?
2. an act or opportunity of inflicting such trouble: to take one’s vengeance.
3. the desire for revenge: a man full of vengeance.
(https://www.dictionary.com/browse/vengeance?s=t)

It is interesting that dictionary.com lists forgiveness as the antonym for vengeance. If God is ever-merciful or always forgiving how can He engage in vengeance as we understand it? It would be impossible.

“The infliction of pain on another, in return for an injury or offense. Such infliction, when it proceeds from malice or more resentment, and is not necessary for the purposes of justice, is revenge, and a most heinous crime. When such infliction proceeds from a mere love of justice, and the necessity of punishing offenders for the support of the laws, it is vengeance and is warrantable and just. In this case, vengeance is a just retribution, recompense or punishment. In this latter sense the word is used in Scripture, and frequently applied to the punishments inflicted by God on sinners.”
To me belongeth vengeance and recompense. Deuteronomy 32:35.(http://webstersdictionary1828.com/Dictionary/vengeance)

Isn’t that saying that vengeance to maintain justice is just? Is that correct?  Or is that making any assumptions? It is important to have a right understanding of the meaning of law. (Are God’s laws natural and consequential or arbitrary and imposed?) and the meaning of justice. (Is justice always imposing punishment or is it doing the right or just thing?)

What does God Say About Vengeance?

“To me belongeth vengeance, and recompence; their foot shall slide in due time: for the day of their calamity is at hand, and the things that shall come upon them make haste.” (Deut 32:35)

That verse is equating vengeance and recompense (payback) with a negative natural result to come. That is why certain actions are classed as sin – because you will be hurt if you do them and God does not want you to be hurt. He does not have to impose an external punishment for you to suffer when you sin.

So, we are punished by our sins rather than for our sins. God’s vengeance is consequential not vindictive. Here is another example:

“Behold, he [the wicked] travaileth with iniquity, and hath conceived mischief, and brought forth falsehood. He made a pit, and digged it, and is fallen into the ditch which he made. His mischief shall return upon his own head, and his violent dealing shall come down upon his own pate.” (Psa 7:14-16)

“His mischief shall return” is equivalent to “their foot shall slide in due time.” This is equivalent to the modern saying “what goes around comes around.” There are many verses showing that sin brings its own punishment (negative consequence) as a natural result.

Vengeance Easily Gets Out of Hand 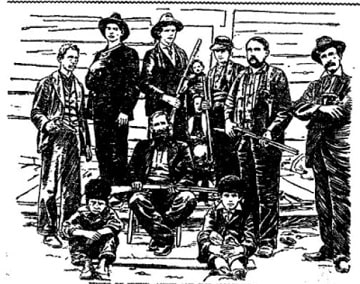 Two children are playing and one hits the other with a toy. The one who was hit first does the same in return. What do we call that? – vengeance. How would you describe their behavior? – Childish. We tend to excuse them because they are children, they act childishly. But how would you describe God’s actions if He acted the same way? Some would say He is just to give payback but we need to understand the Bible position on justice and what it means for God to be just. Why would God take active vengeance as we normally think of it? If He did, what would that say about Him?

A classic example of out-of-control vengeance is that of the Hatfields and McCoys, two families whose extended feud in the late 1800s in the eastern United States resulted in several deaths on both sides.

“Recompense to no man evil for evil. Provide things honest in the sight of all men. If it be possible, as much as lieth in you, live peaceably with all men. Dearly beloved, avenge not yourselves, but rather give place unto wrath: [not man’s wrath but God’s] for it is written, Vengeance is mine [not yours because you will do it wrong]; I will repay, saith the Lord. [how will I repay? This is how:] Therefore if thine enemy hunger, feed him; if he thirst, give him drink: for in so doing thou shalt heap coals of fire on his head. Be not overcome of evil [drawn into its way of doing things], but overcome evil with good.” (Rom 12:17-21)

“And when this happens, my friends, do not take revenge–there is no need for it!–for every act of sin reacts upon the sinner, damaging and slowly destroying their God-given faculties. Be patient and permit God’s wrath to work–God’s wise method of letting one go to reap the consequences of one’s choice–and hopefully it will bring your enemy to repentance; as it is written: “It is mine to discipline; I will settle any debts,” says the Lord.” (Rom 12:19, The Remedy New Testament)

Could “vengeance is mine” be saying we can’t use it because we would pervert or misuse it? God does things differently than we do:

“For my thoughts are not your thoughts, neither are your ways my ways, saith the LORD.” (Isa 55:8)

Here is a verse suggesting that vengeance is permissible:

But what did Jesus say regarding this?

“Ye have heard that it hath been said, An eye for an eye, and a tooth for a tooth: But I say unto you, That ye resist not evil: but whosoever shall smite thee on thy right cheek, turn to him the other also.” (Matt 5:38-39)

It could be reasoned that the verse from Leviticus was not prescribing vengeance but putting a limit on it.

Do you suppose that God takes His own advice? That is suggested:

“That ye may be the children of your Father which is in heaven: for he maketh his sun to rise on the evil and on the good, and sendeth rain on the just and on the unjust.” (Matt 5:45)

Man takes vengeance, in its most extreme form, by doing away with his enemies by killing them. Like moving towards them with a weapon in hand. God’s form of vengeance involves moving away from those who reject Him leaving them to the consequences of their freely-chosen actions in the hopes they will learn from them and turn to Him in repentance. See over 70 examples of the pattern of God “leaving” in reaction to man’s sin with trouble then coming from another source. Ultimately, His goal is to do away with His enemies by turning them into his friends.

Listen to this short audio (2 min) by Graham Maxwell on how God takes vengeance:

How does one become our enemy? Usually, by doing something bad to us. And we might say in response “I’ll remember that” in a tone of voice implying the intention to make them pay for their wrong. However, God does not keep track of wrong’s done to Him for the purpose of punishment.

God’s final act in dealing with sinners that many perceive to be an act of vengeance is explained in my e-book The Lake of Fire and Second Death.

James and John. Sons of Thunder – and Vengeance

Here is one example of how Jesus reacted to a suggestion of vengeance by two of His disciples when the people of a Samaritan village would not welcome Him:

“And when his disciples James and John saw this, they said, Lord, wilt thou that we command fire to come down from heaven, and consume them, even as Elias did? But he turned, and rebuked them, and said, Ye know not what manner of spirit ye are of. For the Son of man is not come to destroy men’s lives, but to save them. And they went to another village.” (Luke 9:54-56)

Implied in that rebuke is that they were of the spirit of the destroyer. Jesus solution to the slight He received was to simply move on; to go to another village.

Actually, we will find, in many cases, that God’s “vengeance” includes actions that may turn the sinner around. And we could ask why would the Lord want to take man’s form of vengeance on sinners when He has died for them? It doesn’t make sense. What is gained by such actions? His goal is always to save.

Return to the Character of God and the Gospel Glossary