The types of justice include more than the punishment commonly thought of. There are many forms of justice and words used to describe them. But before describing them I would urge you to read the following very good illustration of the correct application of justice.

The Pesticides in the Garage 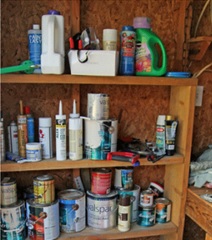 “Imagine a genuinely loving parent who tells his child to never touch the pesticides in the garage, even warning, “in the day you do you will surely die.” One day the child disobeys the explicit instructions of the parent, that parent’s “law,” and messes with the pesticides even accidentally drinking some. Now, the child, from exposure to this toxin develops leukemia, what does justice require?

Leukemia is cancer and cancer cells are cells reproducing out of control, no longer operating in harmony with their original programming. In order to save your child without violating the laws of health what needs to happen? The cancer needs to go into remission. The cancerous cells need to remit back to their precancerous healthy state. When this happens life continues without violating the laws of health. Likewise, without the shedding of blood there is no remission of sin. Without the shedding of Christ’s blood sinfulness in mankind could not go into remission. Christ came to heal the race, to place us all back in harmony with God’s law of love!

But what if the child, who so early on disobeyed and who is dying from that terminal disease, now as an adult, refuses the bone marrow transplant, refuses the remedy which would put the cancer into remission? Would justice require the parent to then kill such an unruly, ungrateful child? Then why do so many insist that God must punish sin and sinners, even teaching that God punished His Son in the sinner’s place?” (From The Question of Punishment Part 1 by Dr. Timothy Jennings)

All the lesser laws that we think of as God’s law are God’s directions to man in a fallen state to help him not destroy himself or others when he is operating outside of the primary law of love; when his nature is not in line with God’s principles.

Now let’s look at some of the various forms of justice.

Primary justice is usually from the Hebrew adjective “tzadeqah” (Strong’s H6662). It is translated in the King James Version as:

It really refers to the just or right thing; essentially, correct behavior especially in relationships. The word is from the Hebrew verb “tsadaq” (Strong’s H6663) which is translated in the King James Version as:

If everyone always did what was right – that would make the second type of justice unnecessary. First of all, justice really means doing the just or right thing.

Secondary justice (also termed corrective or rectifying justice) is usually from the Hebrew word “mishpat” (Strong’s H4941). It is translated in the King James Version as:

It essentially means correcting what went wrong when primary justice was not done; doing what is right or just in response to violations of primary justice. It can refer to caring for the victims of unjust treatment and sometimes includes the concept of discipline of wrongdoers.

In regard to primary justice we would, of course, expect God to consistently act in a just manner:

God asks us to do the same:

“Learn to do well; seek judgment, relieve the oppressed, judge the fatherless, plead for the widow.” (Isa 1:17)

How does God act with respect to lawbreakers? Unfortunately, God’s justice is misunderstood because His law is misunderstood. God’s law is based on His character of love. Faith or trust in God leads to obedience; distrust of God (which is where Eve went wrong before ever taking a bite of fruit) leads one to commit “sin” which is a symptom of that distrust – which could be regarded as the underlying sin which results in all other sins. When God said to Adam and Eve:

“But of the tree of the knowledge of good and evil, thou shalt not eat of it: for in the day that thou eatest thereof thou shalt surely die.” (Gen 2:17)

He was not threatening that if they ate He would have to kill them; rather He was warning them that separation from Him (deviating from His law of love – the law of life) would only lead to the sure consequence of ruin and death.

“For the wages of sin is death; but the gift of God is eternal life through Jesus Christ our Lord.” (Rom 6:23)

The death comes from the unremedied sinful condition – the state of distrust of and separation from God, the source of life. (See other verses which show that sin brings about its own punishment.) When Adam and Eve sinned what was needed was a remedy for their condition which, if not cured, would eventually lead to their death.

Here is another description of justice (adapted from http://changingminds.org/explanations/trust/four_justice.htm) where it was classified into four types:

There are four types of justice that people can seek when they have been wronged.

Distributive Justice, also known as economic justice, is about fairness in what people receive, from goods to attention. Its roots are in social order and it is at the roots of socialism, where equality is a fundamental principle.

If people do not think that they are getting their fair share of something, they will seek first to gain what they believe they deserve. They may well also seek other forms of justice.

Procedural Justice is the principle of fairness is also found in the idea of “fair play” (as opposed to the “fair share” of distributive justice). It consists of treating people equally regardless of their racial or social status. Also, anyone who does the same wrong should be given the same penalty.

If people believe that a fair process was used in deciding what is to be distributed, then they may well accept an imbalance in what they receive in comparison to others. If they see both procedural and distributive injustice, they will likely seek restorative and/or retributive justice (the latter two to correct the former two).

Restorative Justice. The first thing that the betrayed person may seek from the betrayer is some form of restitution, putting things back as they should be.

The simplest form of restitution is a straightforward apology. Restoration means putting things back as they were, so it may include some act of contrition to demonstrate one is truly sorry. This may include action and even extra payment to the offended party.

Retributive Justice works on the principle of punishment, although what constitutes fair and proportional punishment is widely debated. While the intent may be to dissuade the perpetrator or others from future wrong-doing, the re-offending rate (recidivism) of many criminals indicates the limited success of this approach.

Punishment, in practice, is more about the satisfaction of victims and those who care about them. This strays into the realm of revenge, which often can be more severe than reparation as the hurt party seeks to make the other person suffer in return. In such cases, “justice” is typically defined emotionally rather than with intent for fairness or prevention.

Return to the definition of “Justice” in the Glossary

« Justice – definition » The “Stoning” of David