Thy Way is in the Sanctuary

(Part 20 of the Cleansing of the Sanctuary Series)

Is there a physical sanctuary in heaven that looks like the earthly sanctuary Moses built with furnishings corresponding to each item in Moses’ sanctuary? I would not say there isn’t but we should understand the question in light of the truth of the cleansing of the sanctuary – what sanctuary is God most concerned with cleansing? That was answered in earlier parts of this study.

A Sanctuary in Heaven? 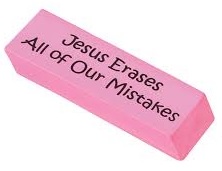 So is there a heavenly sanctuary somehow contaminated with records that Jesus is working to cleanse? Is He busy erasing records in heaven? What is He doing?

We could ask of the words “Thy way O God is in the sanctuary” Thy way of what? A way is often like a path to travel on. It can also be a manner of doing something. There is a famous song “I Did It My Way” by Frank Sinatra. Could it mean something like God’s way of dealing with the sin problem?

The sanctuary of the earthly system itself was designed as a teaching tool as laid out in part 3 of this series. And it very much had to do with the disposition of sin rightly understood as resolving sinful tendencies in the hearts and minds of people.

“Your way, O God of dealing with the problem of sin in the hearts and minds of your people is illustrated in the sanctuary …” (Psa 77:13, my paraphrase)

The same could be said for the table of showbread. Showbread literally means “bread of the faces” or “bread of the presences.” Is there a table in a sanctuary in heaven with two stacks of showbread representing the Father and His Son? Would it be needed when They are actually there?

Is there an altar of incense in a heavenly sanctuary from which prayers rise to heaven? No. If there is an equivalent altar there, it is already in heaven.

“Thy way” is His appointed way for us to come to a more accurate understanding of His character so that we could completely trust Him again enough to come to a state of atonement with Him.

What Sanctuary is Being Cleansed?

This study has shown that the sanctuary to be cleansed is really the human heart. It is to be cleansed of sin. When a person falls into sin it is definitely a time of need. We are told to come to the throne of grace which we can do by prayer.

“Let us therefore come boldly unto the throne of grace, that we may obtain mercy, and find grace to help in time of need.” (Heb 4:16)

And what might our great High Priest do in response? Among other things, He might give us assurance of forgiveness, prompt us to make things right or remind us of His great love for us. Where does that take effect? In our minds. So where is He ministering? While He is physically in heaven, the beneficial effects of His ministration happen on earth in the sanctuaries of our minds – the sanctuary/sanctuaries heaven is most concerned about.

It is something like a person could be an ambassador of Canada to a foreign country but that does not mean he is ministering in Canada. Rather, the ministering, while being done in behalf of Canada, is actually conducted outside of Canada.

Christ “pleading His blood before the Father,” as it is often said, is describing where He is (His physical location) while doing His work of intercession NOT to Whom the pleading is directed. We should not think that Christ is trying to persuade His Father to do something. God is not divided.

Then, if Jesus is in a heavenly sanctuary pleading before God, to whom is He pleading? To you and me! Jesus knocks on the door to our hearts, pleading for us to let Him heal and restore us to righteousness.

Why is Christ outside knocking? – because He starts off on the outside. Many people have “good” characters but the devil still has considerable influence in their lives and they need to respond to the Savior and accept His help. God does not use force. Love can never be won by force.

We Must Invite the Heavenly “Janitor” In

Is it enough to open the door to Christ? No, we don’t just “let” Him in. That can imply to yield under pressure. Rather, we invite Him in. It is active on our part, not passive.

“When the unclean spirit is gone out of a man, he walketh through dry places, seeking rest, and findeth none. Then he saith, I will return into my house from whence I came out; and when he is come, he findeth it empty, swept, and garnished. Then goeth he, and taketh with himself seven other spirits more wicked than himself, and they enter in and dwell there: and the last state of that man is worse than the first. Even so shall it be also unto this wicked generation.” (Matt 12:43-45)

That man did not invite the Savior into his “house” or it would not have been described as “empty.” We have to invite Him in. He is such a gentleman He will not just walk into a house even if the door is open but will wait to be invited in.

Christ comes into the heart, not because it is free from sin, but in order to free it from sin. He must be welcomed in so that He can do the work.

Lessons from the Sanctuary

Let’s look more at some of the aspects of the sanctuary. Perhaps it will help to understand the process of cleansing our sanctuaries. Like prophecies can have multiple applications (for example, Matthew 24 teaching of the fall of Jerusalem in 70 AD and the end of the world) the sanctuary and its cleansing can teach a few different things.

As discussed above and in earlier parts of this study, it relates to our understanding of the character of God and to steps we can take in dealing with sin.

It can also be understood as described on my other website as a template for prayer.

At the deepest level, most people fear God. The penal, legal model is so ingrained in our society that when we do wrong we think, even subconsciously: “God is going to get me for that.” Indeed, it is often reasoned that He has to punish sin in order to be a “just” God. But is that even the Biblical meaning of justice?. Our assessment of our value to Him is based on our performance or lack thereof: yes, God loves me – if I’m good (which I am not always) and, of course, “He knows if I’ve been bad or good.”

We need to get new ideas, new programming, a new understanding of God in there. Then our subconscious will have the right information and can feed right thoughts into our conscious mind.

“I will bless the LORD, who hath given me counsel: my reins also instruct me in the night seasons.” (Psa 16:7)

Satan is the Accuser

Another thing we have to deal with in our heart/mind (sanctuary) is the accusations of Satan:

“And he shewed me Joshua the high priest standing before the angel of the LORD, and Satan standing at his right hand to resist him. And the LORD said unto Satan, The LORD rebuke thee, O Satan; even the LORD that hath chosen Jerusalem rebuke thee: is not this a brand plucked out of the fire? Now Joshua was clothed with filthy garments, and stood before the angel. And he answered and spake unto those that stood before him, saying, Take away the filthy garments from him. And unto him he said, Behold, I have caused thine iniquity to pass from thee, and I will clothe thee with change of raiment. And I said, Let them set a fair mitre upon his head. So they set a fair mitre upon his head, and clothed him with garments. And the angel of the LORD stood by.” (Zech 3:1-5)

“And I heard a loud voice saying in heaven, Now is come salvation, and strength, and the kingdom of our God, and the power of his Christ: for the accuser of our brethren is cast down, which accused them before our God day and night.” (Rev 12:10)

Judgment is often pictured as a court room scene where Satan accuses us while Jesus stands by our side to defend us in the presence of His Father the Judge. But notice who Satan is accusing – “accused them.” The following is adapted from a presentation by Tim Jennings:

Who does get confused by Satan’s arguments, allegations and lies? Who listens to the devil and gets discouraged, guilt-ridden, overcome with shame such that they think they are beyond salvation, beyond healing, too sinful, too awful for God to love and for God to save? Human beings! We are the ones to whom Satan makes allegations.

So, it seems that Satan tries to have his way in our sanctuaries too. It really is, as some have termed it: “a battle for the mind.”

Out With the Bad – All of It

The cleansing of our sanctuaries must be a conscious process:

“The Lord will not take our sins [sinful tendencies] without our permission. God’s people must decide whether they would rather have their sins or Christ. … The Lord will probe and bring up sins to us that we never thought of before, that only shows that he is going down to the depths, and he will reach the bottom at last. . . He cannot put the seal, the impress of his perfect character, upon us until he sees it there. And so he has got to dig down to the deep places we never dreamed of, because we cannot understand our hearts. … We need to know what the Lord is doing. If He takes away our sins without our knowledge, it would do us no good. We would be machines. … He must try our ‘reins’ that our unconscious rebellion may be purged.” (A. T. Jones, Sermon 1893)

That “trying” is really for our benefit, not God’s. It is to bring hidden defects to our consciousness so that we can allow Him to cleanse us of them.

“Examine yourselves, whether ye be in the faith; prove your own selves. Know ye not your own selves, how that Jesus Christ is in you, except ye be reprobates?” (2 Cor 13:5)

While verses can seem to be talking of Him learning of us, it is really Him working to bring us to a true knowledge of ourselves. That is an important part of cleansing the sanctuary so that it may be thoroughly cleansed.

This is Part 20 of the Cleansing of the Sanctuary Series
Return to Daniel 8:14 (the master page of the series) to continue

« Mopping up the Mess » Benefits of Cleansing