Judge Not, that Ye be Not Judged 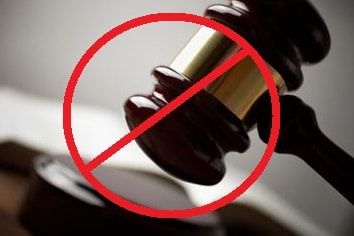 Does God judge in the sense of deciding who He will allow into heaven and who He will leave out? There is a verse that seems to answer that directly:

“For the Father judgeth no man, but hath committed all judgment unto the Son:” (John 5:22)

That makes it sound like it is the Son Who will be doing the judging. Yet, later in John’s gospel, Jesus, speaking of Himself, said:

“In the day when God shall judge the secrets of men by Jesus Christ according to my gospel.” (Rom 2:16)

Isn’t that somewhat confusing? Then there is a passage suggesting that one can escape judgment altogether:

“Judge not, that ye be not judged. For with what judgment ye judge, ye shall be judged: and with what measure ye mete, it shall be measured to you again.” (Matt 7:1-2)

That verse seems to be saying that if we do not judge others we will not be judged. But don’t we judge others all the time; that is, judge their actions, words, appearance etc? Here is a verse that clearly indicates the possibility of us judging the actions of others:

“Moreover if thy brother shall trespass against thee, go and tell him his fault between thee and him alone: if he shall hear thee, thou hast gained thy brother.” (Matt 18:15)

How can one conclude that another has trespassed against him unless he judges the action? It helps to understand that just to make a choice is a judgment. A judgment is simply a decision based on facts. The key here is to understand the difference between judging actions and judging motives.

In the case of an action, we can see what people do, we know right from wrong. If you see a man snatch some groceries off a shelf and run out a store with a clerk yelling after him, you can know a wrong action has been done.

However, we cannot discern motives. In the scenario above, the man stealing the groceries may be desperate for food for his starving children. We cannot read minds; we do not always know all the circumstances.

Even if we could know for sure that both the action and the motive are wrong and that the person involved is therefore a criminal and or a sinner, we are sinners too. The better action in regard to the offender is always to take a remedial approach rather than a retributive one. If we think that every wrong action of others should be punished, then, while we might not verbally say it, we are condemning ourselves.

If one of your children offended you in some way, you would have a different attitude than if the offender was a complete stranger. Wouldn’t you be more interested in a remedial action than a retributive one? The thing about God is that all offenders are regarded by Him as His children. He wants to heal and restore rather than to punish.

It helps to understand that the term “judgment” has a variety of meanings and judgment comes in different forms. Judgment can be simply a decision; an acknowledgment of the facts. Judgment can be legal, attitudinal or consequential.

The final judgment is usually thought of in legal terms. One either meets the requirements for salvation or they do not. But when God’s law is properly understood, it is seen as not a list of does and don’ts with associated rewards and punishments but as God’s design template for life deviations from which have natural consequences which God is working to protect us from. God also has given specific laws as diagnostic tools to show us our condition. But God does not judge in legal terms as man’s courts do. He does not impose punishments.

We tend to judge others very much by our attitude but God never has a condemning attitude towards us. So the righteous will not be judged in legal or attitudinal sense (God always has an attitude of love towards all).

However, God does judge in the sense of allowing consequences which is a part of honoring free will.

We still need to understand “You will be judged as you judge.” Here is how I have sorted it out. Different people will judge differently which implies that people are judged/treated differently, yet God is not partial. The solution is that He treats all the same – all are judged as they judge.

Here is how that works. Take seven jurors judging a murder case. They might all judge somewhat differently. Even if they all agree the defendant is guilty, they might judge differently as to what the murderer deserves:

It could even be that one person will judge differently in different cases. What then? Consider this question:  Who or what are you judging according to Matt 7:2? It doesn’t say but what are the possibilities?

If it is “with what judgment ye judge” others – others who may or may not actually be guilty – we have a problem – people may judge differently in different cases. They may make mistakes in judging. What if they don’t have all the correct evidence and they make a mistake in their judging that leads to a wrong result – like guilty rather than innocent? That happens in our judicial system – wrongful conviction. If we judge others incorrectly does that mean God will judge others incorrectly? – that doesn’t make sense.

It could be “with what judgment ye judge” yourself – many would be too hard or too easy on themselves. The sentences would certainly vary. People would, in most cases, be able to judge themselves as to whether they are guilty or not – we all have a conscience. The question is what should the judgment include as far as what should be the result of that decision (as in the jurors in the example)? Or what sentence would you give yourself? If judgment is about us judging ourselves then we get to decide. But some would sentence themselves a different punishment than others for the same degree of guilt – that’s not fair.

So, if “with what judgment ye judge” is not talking about us judging other people or us judging ourselves, what option is left?

Could it be “with what judgment ye judge” God? Wouldn’t that be the fairest? Everyone is judged according to their judgment of God, of how they understand Him to be judging. Then Matt 7:1 makes good sense: “Judge (condemn) not, that ye be not judged (condemned).”

Think of the scenario at the Second Coming:

“And said to the mountains and rocks, Fall on us, and hide us from the face of him that sitteth on the throne, and from the wrath of the Lamb:” (Rev 6:16)

Some eagerly look for Him, others hide from Him yet all have been granted forgiveness. Some have just not received forgiveness because they view themselves as too wicked and/or God as not being forgiving. So man’s judgment of God (assessment of His character especially in regard to His willingness to forgive) is revealed at the Second Coming. Each person will judge God to be somewhere on a scale from merciful and forgiving to exacting and condemning (and out to punish). And each will receive the judgment (condemnation or exoneration) they expect to receive from God according to their judgment of His character and, specifically, of His willingness to forgive them or not.

While God grants forgiveness to all (see the ebook Biblical Forgiveness), all do not accept it. If a person does not believe God is forgiving, they will not feel forgiven by Him.

Largely, people will get the form or system of judgement they want or expect. Jesus said:

“If anyone listens to my sayings, and doesn’t believe, I don’t judge him. For I came not to judge the world, but to save the world. He who rejects me, and doesn’t receive my sayings, has one who judges him. The word that I spoke, the same will judge him in the last day.” (John 12:47-48)

Jesus does not judge in the sense of imposing judgment which is what most of the world expects from God. That sort of very-legal judgment has to be imposed as in our human court system and is supported, if not devised, by Satan. Mankind has bought into Satan’s merit system of rewards and punishment (salvation by works) and it is showing more and more. China is developing a system, of allowing or restricting many privileges based on personal social scores determined by carefully-monitored behavior.

Rather, in the final “judgment,” God will bring that complete light (knowledge of self in relation to the standard of love) that most have ignored and thus will cause each person to see themselves as God sees them.

This website refers to the Traditional Legal Model which is taught by most religions including the vast majority of Christian systems. That model is based on arbitrary law, with imposed punishments. In contrast, this website advocates the Biblical Healing Model which is based on design law in which God is simply trying to heal us of our sin-sick condition to save us from the natural consequences that follow from breaking the laws on which reality is designed. He does this largely by revealing His character, a true understanding of which will cause people to serve Him out of love. The two models are described briefly in the Character of God and the Gospel Glossary.