How Hearts are Hardened 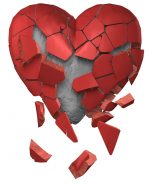 To understand how hearts are hardened it might be helpful to understand what the opposite of hardening the heart is:

“Because thine (King Josiah’s) heart was tender, and thou hast humbled thyself before the LORD, when thou heardest what I spake against this place, and against the inhabitants thereof, that they should become a desolation and a curse, and hast rent thy clothes, and wept before me; I also have heard thee, saith the LORD.” (2 Kings 22:19)

King Josiah’s heart was tender (rather than hard) which is equated with him humbling himself. He “heardest,” meaning he not only physically heard but also believed and obeyed.

The Jews Hearts were Hardened

John mentions that the Jews did not believe in Jesus and he essentially equated that with them hardening their hearts:

“But though he had done so many miracles before them, yet they believed not on him: That the saying of Esaias the prophet might be fulfilled, which he spake, Lord, who hath believed our report? and to whom hath the arm of the Lord been revealed? Therefore they could not believe, because that Esaias said again, He hath blinded their eyes, and hardened their heart; that they should not see with their eyes, nor understand with their heart, and be converted, and I should heal them.” (John 12:37-40)

This was in fulfillment of a prophecy by the prophet Isaiah who stated, in irony:

“Make the heart of this people fat, and make their ears heavy, and shut their eyes; lest they see with their eyes, and hear with their ears, and understand with their heart, and convert, and be healed.” (Isa 6:10)

The account by John is also given by Matthew where it is part of an explanation of the parable of the soils in which one verse says:

“And when he sowed, some seeds fell by the way side, and the fowls came and devoured them up:” (Matt 13:4)

Jesus explained what was happening with the wayside hearers:

“When any one heareth the word of the kingdom, and understandeth it not, then cometh the wicked one, and catcheth away that which was sown in his heart. This is he which received seed by the way side.” (Matt 13:19)

It was the wicked one, Satan, who led them into unbelief through his deceptions but it is the act of each person to choose to have faith or not; to harden or soften their heart.

The deceitfulness of sin helps to harden hearts. That is not something that comes from God.

“But exhort one another daily, while it is called To day; lest any of you be hardened through the deceitfulness of sin.” (Heb 3:13)

Hardening of the heart is related to impenitence – not feeling sorry for one’s actions:

“But after thy hardness and impenitent heart treasurest up unto thyself wrath against the day of wrath and revelation of the righteous judgment of God;” (Rom 2:5)

Doing this once encourages doing it again which leads to being on the wrong side of the judgement.

Hardness of heart is connected with unbelief:

“Afterward he appeared unto the eleven as they sat at meat, and upbraided them with their unbelief and hardness of heart, because they believed not them which had seen him after he was risen.” (Mark 16:14)

Pride tends to harden the heart (which is equivalent to the mind):

“But when his (Nebuchadnezzar’s) heart was lifted up, and his mind hardened in pride, he was deposed from his kingly throne, and they took his glory from him:” (Dan 5:20)

Hearts can be hardened due to rebellion:

This verse can cause confusion:

“And in very deed for this cause have I raised thee (Pharaoh) up, for to shew in thee my power; and that my name may be declared throughout all the earth.” (Exo 9:16)

It sounds here like God raised up Pharaoh and made Him stubborn (hard-hearted) especially so that the whole earth could see what God would do proving Himself to be much greater than Pharaoh. Perhaps it was God’s will to do what He did to Pharaoh and God’s will trumps man’s will.

Did all the things God did to rescue the Israelites from Egypt bring glory to Him? Well, yes – if we think of glory mainly as a show of might. But decimating the country of Egypt and drowning the entire Egyptian army in the Red Sea along with other destructive acts attributed to God has actually turned many people away from Him (It certainly would have for the surviving Egyptians).  It does sound like a mighty God but not necessarily a kind and merciful one.

We don’t tend to think of this possibility but what if Pharaoh had decided to follow God’s request and release Israel? What if he had truly turned to God as did the king of Nineveh at the preaching of Jonah?  Pharaoh, the world’s most influential and powerful ruler at the time could have brought much more glory to God by following God’s will and leading others to do the same.

It is God’s will to have mercy on all:

The phrase “his mercy endureth for ever” is repeated 41 times in scripture. His mercy is always available; the question is whether or not we accept that mercy or harden ourselves against it. God allows hearts to become hardened (He does not interfere with our free will) and turns man over to the consequences of their sins in the hope that they will see their need of Him.

God does not cease being merciful. He grants mercy, it is freely available to all. But those who will not receive it don’t. The result is that they are hardened by their own choice. As we have already seen, hardening of the heart is an act of each person, not something done to them by God. The same thing that was said of Israel could have been said of Egypt: